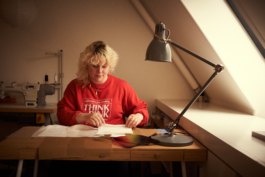 Elisabet Stamm is the creative force behind the fashion label A. A. Spectrum. The label has grown organically from Elisabet’s vast experience with product development and cross-cultural exchanges between Denmark and China – and of course a keen eye for design and business that is not to be underestimated. Today A. A. Spectrum is sold in the world’s most prestigious fashion stores. We met Elisabet in Copenhagen.

Situated in a modest office space up under the roof in one of Copenhagen’s oldest buildings, Elisabet Stamm’s Copenhagen workshop is not huge if you measure success in square meters. But what it lacks in elbow room it more than makes up for in global outlook.

Elisabet Stamm is the mastermind behind the clothing brand A. A. Spectrum. Designed in Copenhagen, Denmark, one might expect that A. A. Spectrum would be an active part of the growing Danish fashion scene. But Elisabet has a different approach to designing and manufacturing fashion: Instead of creating collections and shipping the drawings off to a manufacturer far away only to receive prototypes months later, A. A. Spectrum is a company with one leg firmly rooted in Denmark, the other in China. By dividing responsibilities with her Chinese business partner, Elisabet has created a fashion brand with complete control over all aspects of designing, prototyping, manufacturing and distribution. The result is a truly international clothing label that sees different cultures not as limitations but as valuable assets.

“Yes. We really are global. Two people in Paris at the showroom BERG and two people in Tokyo at the showroom Wanderlust. The Danish/Russian photographer Polina Vinogradova is doing our images. In China our production processes create enough work to employ five people. And then there’s my intern and myself here in Copenhagen,” Elisabet explains in her workshop. 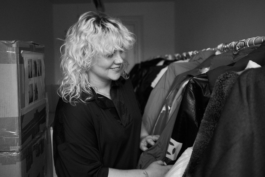 Around us are moodboards, campaign images, textiles, and racks filled to the brim with next season’s collection. On her computer a playlist from Spotify with primarily female artists sets the mood for the day. There’s room to think, and Elisabet does just that. Let’s leave out the smalltalk. All questions and answers are carefully considered, and if her reply to a question doesn’t pop up right away, she’s not afraid to sit and think for 10-20 seconds before answering.

“Do you meditate,” she asks.

“Not yet,” I reply, knowing far too well how good it would do my ever-so busy mind to slow down every now and then. “It’s one of those things I still have to overcome.”

“It’s also really, really hard,” she assures me. “I do it twice a day, in the morning at home and here in my office in the afternoon. Meditation is almost the only constant in my working week.”

Elisabet’s approach to being global has nothing to do with international corporations working hard to dominate markets. For Elisabet, it means optimizing workflows and staying close to all aspects of her business – without adding numerous employees just for the sake of it.

Her business is still so small and depending on her own presence that she’s the one picking up cherries and strawberries for our meeting on her way to work. When she realizes she’s out of milk for the coffee, her intern happily obliges to pick up a liter from the corner store. 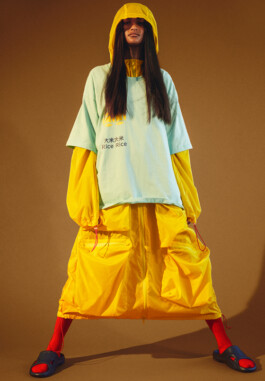 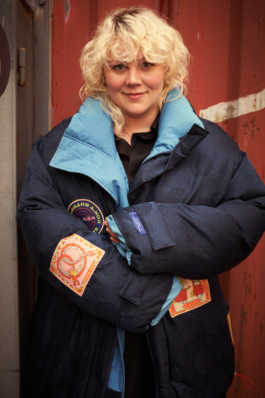 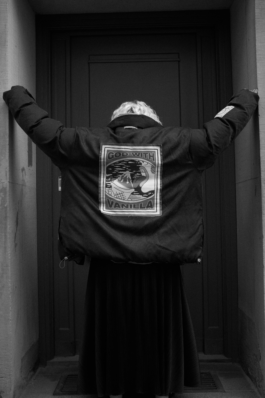 Initially the idea was for A. A. Spectrum to exist solely in China. But ideas and ambitions has grown, and now the brand is now found in retail powerhouses like Barney’s New York, H Lorenzo in Los Angeles, Matches and SSense in London, and Opening Ceremony in Tokyo.

“I founded A. A. Spectrum in 2015 with a Chinese partner in Beijing where I used to live. In the beginning we primarily focused on outerwear and jackets, because that’s my partner’s expertise. Today, we design and manufacture to full collections each year.”

Usually a fashion brand work with clearly defined demographics to be able to reach a desired target customer in very specific geographical areas. That’s not really the case for A.A.Spectrum.

“Actually, I don’t really think about audiences. I don’t work with a notion of my designs being particular Scandinavian or Chinese. I use a ton of references, and I believe our customers tap into a general vibe that is shared across countries,” Elisabet explains.

To name Elisabet an outsider is no underestimate, nor is it a critique. She has always been doing things her own way, and found pleasure in zigging while the rest of the world zags. And it was more by determination than chance that her career path led her to China. 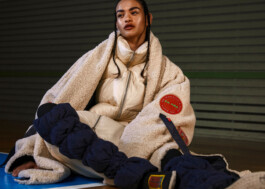 "I use a ton of references, and I believe our customers tap into a general vibe that is shared across countries” 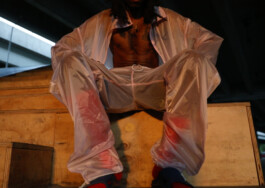 “In my professional career I’ve constantly balanced between thinking that fashion was too superficial and the fact that it’s also what I’m really good at. I graduated in Fashion from TEKO in Herning, but I also hold a Bachelor’s degree in Art History from Aarhus University.”

Since her earliest years in school it was always a balancing act between theory and practice for Elisabet. Her love for art history was just as substantial as her urge to create.

“My teacher suggested me to apply to the Royal Danish Academy of Arts because I constantly wanted to move away from the theory part and create something. But the idea of studying for five years to become an artist was also strange to me: I grew up in Herning (a famously mercantile part of Denmark, ed.) and it’s part of my DNA to have a job, to have a business plan, to know what I’m doing in five years time. So whereas my sense of art was strong, I needed something more tangible in my life.”

As luck would have it a former classmate now employed by the major clothing company Bestseller asked her if she could do a range of fashion illustrations. Elisabet said yes, and was immediately drawn to how the designers were working with colors and materials for their collections.

“Designing clothes for a living suddenly became a very real option. So of course I said yes to her, and began.”

Work was good but after working a month on the job, Elisabet walked into her boss’ office to suggest that some things should change. Having observed the design and manufacturing process in the first weeks, Elisabet questioned how lots of hours and energy were wasted on poor communication. 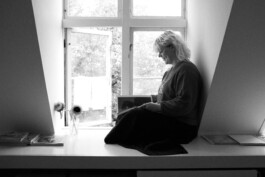 “I saw how my colleagues created very detailed files in Illustrator only to receive prototypes that didn’t look like they were supposed to. An inferno of emails were then sent back and forth until we would reach a point where things were acceptable.”

Elisabeth put forth a bold suggestion: Why don’t you move me to China to fix this?

And a few years later they gave Elisabet the opportunity to move to Asia. She agreed with Bestseller that this wasn’t a creative task, but a matter of communication. Utilizing questions as her primary weapon, Elisabeth then spent two years asking why all aspects of any process were created the way they were.

“I just wanted to get my hands dirty and learn from them. Like a chef who wants to excel at what he or she does, but has to see where the zucchini grows before completely understanding it. I felt the same way.”

Today, she still travels to China at least four times every year. She lays the foundation to all collections in Copenhagen, ships everything to China and puts the finishing touches on it during intense working periods in collaboration with her Chinese team.

But wouldn’t it just be easier to work from Denmark only, or relocate to China again and work from there? Not exactly. Part of where the magic happens lies in the crossfire of cultural exchanges and the dynamics of constantly knowing that there’s a small group of extremely talented people on the other side of the globe thinking and dreaming and working on exactly the same things as you do.

“A. A. Spectrum is a platform for me to form a community. I’m interested in building bridges. Both between China and Denmark, but also between to people sitting across from each other,” she ends. The working day must go on. I bid my farewell for now. China is calling.