You can run
but you can’t hide 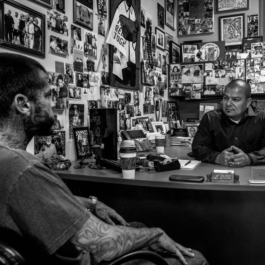 Hector Verdugo is a former gang member who found a way out. He lives in Los Angeles and was it not for a will to change himself, he would have probably been in prison by now. In his exit program he realized that he was not merely a member of a gang, he was a natural born leader. Today, he is one of the masterminds behind the largest gang intervention programs in the world. We sat down to talk with him. 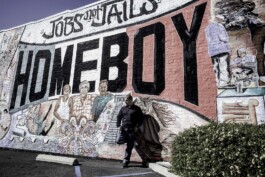 Hector, thanks for finding the time to talk to us. Tell me where you are today?

I’m in Los Angeles, California, at work at Homeboy Industries.

And for those of our readers who aren’t sure what Homeboy Industries is, enlighten us.

Homeboy Industries is a miracle factory. We are the largest gang intervention, rehab and re-entry program in the world. It’s free to come here and seek help. New people will find likeminded souls here. We’ll even pay you to stay.

That almost sounds like something out a Danish fairytale welfare model.

Haha. At Homeboy Industries, we lead former gang member away from a life with crime and help them reshape their lives. Let them become contributing members in our community.

And how do you do that?

We do that through our therapeutic environment where we offer job training, free tattoo removal, classes, substance abuse resources, and so on. Last year our 18-month employment and re-entry program was offered to over 400 men and women in Los Angeles.

And let me get this straight, you pay people to stay?

You have 8-hour work days here. But during our program you don’t work for us, you work on yourself. Take classes. Face your fears. Face your innermost feelings. Find a new way of thinking. Start to live your life.

Who’s the kind of person that comes in and asks for help?

Gang members. Convicted felons. People who have served in jail. Numbers in the system. All of the humans that wish to reshape their lives and change for the better. They come in, they ask for help, and we got their backs. 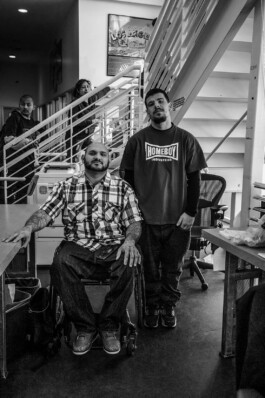 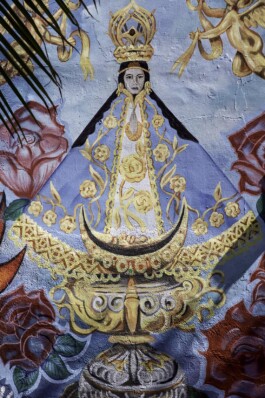 And you being involved in Homeboy Industries doesn’t exactly come out of the blue I imagine. You have a background as a gang member yourself?

I do. I got in touch with Homeboy Industries 13 years ago when I was around 30 years old. Before that, I had a lightning temper, engaged in violence, miserable fights. Had a criminal mind. I had met Father Greg, the founder of Homeboy Industries, when I was a kid, and one day someone encouraged me to find him and have a talk. I didn’t know what to expect. But he asked me a question and provided me with some answers that were eyeopening for me.

What was the question?

‘Why did you get jumped into a gang?’ At that time I didn’t know that it was going to be so powerful. My immediate response circled around lack of privilege, the fact that pretty women like gangsters, silly answers like that.

And what was his response?

“Let me tell you, ”he said. “You got jumped into a gang because you are running away from home.”

He was. I recalled situations from my childhood where I slept side by side with my cousins and siblings like sardines in our grandmas' room in the projects while our moms were drugged out and our uncles were pcp’ed. I hated being there, so when I got a bit older I began to party, and it was a natural step to be a tough kid.

And that was running away.

Yes, my fantasy world was to be in a gang. But in reality, I ran away from not being loved and from living in a place with nobody to care for us or give nourishment. That reality took me for a spin. My life was a lie that I had created for myself. But if that was my lie, what was my truth then? As you’re exploring that, you start to uncover all the layers of shit you’ve dealt with through life.

That’s a tough one.

You break down, you cry, you find the emotions you’ve stuffed away for so long. And when the healing starts to happen, you start to live a new life.

But I guess it just wasn’t from one day to the next?